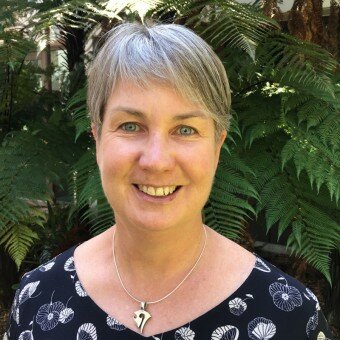 Andrea’s research interests lie in the ecology of multiple invasive mammal species in New Zealand, and how they interact with other drivers of global change (such as climate and land use change) to damage native flora and fauna. She has worked on similar issues in Australia and Africa.

Andrea completed an honours degree at the University of Otago on the genetics of freshwater copepods and a PhD at the University of British Columbia in Canada where she investigated the ecology of Arctic ground squirrels. Back in New Zealand, she completed a postdoc on the ecology of ferrets in braided riverbed ecosystems before being employed as an ecologist by Manaaki Whenua – Landcare Research.

Prior to taking up her role as BioHeritage Challenge Director in 2015, Andrea managed Manaaki Whenua’s invasive species research portfolio.

She is an Associate Investigator in the Te Pūnaha Matatini Centre of Research Excellence, collaborating on projects that look at the role of citizen science in invasive species management and the biodiversity outcomes of major pest control regimes in New Zealand.