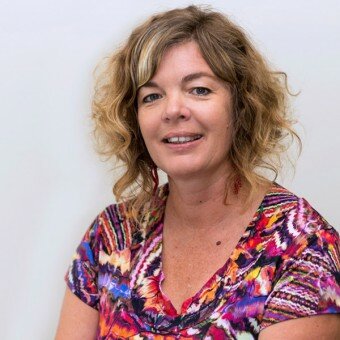 Professor Juliet Gerrard trained at Oxford University, where she completed a First Class Honours
degree in Chemistry and a DPhil in Biological Chemistry.

In 1993, she was appointed as a research scientist at Crop &amp; Food Research, where her
multidisciplinary research portfolio included a substantial element of applied research in the food
science area.

She was appointed as a Lecturer in Biochemistry at the University of Canterbury in 1998, where she
became Professor and Co-Director of the Biomolecular Interaction Centre.

Juliet’s research has a broad base and is interdisciplinary, cutting across biochemistry, chemistry,
health, agricultural and food science and biomaterial design. It also incorporates a full spectrum of
fundamental and applied research, ranging from Marsden projects to research for industry, and
includes collaborations in the UK, USA and Australia.

From 2012-2016 she held a Callaghan Innovation Industry and Outreach Fellowship (at 50% FTE)
focussed on creating an integrated research programme across Callaghan Innovation and the
Universities of Canterbury and Auckland. During this time she also founded a start-up company, Hi-
Aspect Ltd, which went on to receive seed funding from a private investor in 2017.

Juliet has over 150 publications, as well as three books. She won a National Teaching Award for
Sustained Excellence in Tertiary Teaching in 2004 and has served on FRST panels and domain
reviews. She enjoyed her role as Chair of the Cellular, Molecular and Physiological Biology Marsden
Panel and Deputy Chair of the Marsden Council prior to being appointed Chair in 2012. She stepped
down from this role early in 2018, having overseen an increase in the fund from around $54 million
to over $80 million and steered the Marsden Fund Council through the creation of the Fund’s first
investment plan.

Juliet has had an increasing interest in governance and served on the Board of Directors of Plant &amp;
Food Research Ltd from 2013-2018. Juliet has resigned her roles on Boards to take up this position
and won’t apply for research funds in New Zealand while she holds the role.